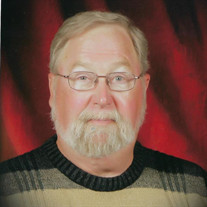 Mr. Anthony Edward Kozlinski, Jr., of Hohenwald, passed away on Tuesday, April 6, 2021, at the age of 74. He was born on July 8, 1946, to Anthony E Kozlinski, Sr. MD and Jane Marie (Reiser) Kozlinski, in Detroit, Michigan. In 1967, he was inducted into the United States Army and served almost two years in Vietnam and was a Combat Wounded Vietnam Veteran. He was a master scuba diver and a very good instructor. On August 23, 1997, he married his best friend and the love of his life, Kathryn Ann Workman Kozlinski. They dated for sixteen wonderful years before tying the knot. Together, they lived and built a life they loved. While serving his country, he was awarded a purple heart, earned a combat infantryman badge, and was given a Presidential Commendation Award. After Tony left the service, he made it his life's work to help veterans in any way he could and be active in many veterans associations of America. Those include Vietnam Veterans of America Chapter 154 (Past President), VFW, DAV, and VVA. He was passionate about raising awareness for veterans and what they deal with on a daily basis. He was a support group leader for many years for a PTSD support group, helped start the Fraser House in Michigan, which helped house homeless veterans, started a car donation program that allowed veterans who couldn't afford it have access to a vehicle, and he also worked tirelessly at a longterm veterans care facility in Battle Creek Michigan that helped PTSD patients. He also worked on countless veterans bingo fundraisers, pancake breakfasts, and various other events all to help local veterans. Tony was also a huge proponent of agent orange awareness and even had an agent orange awareness booth in Kokomo, IN, each year. Tony proudly marched in a parade in Washington commemorating the 25th Anniversary of the Vietnam Wall. He also participated in the Annual Pilgrimage to the Vietnam Wall many times. Tony was indeed a proud and dedicated veteran. Soldiers in the United States are treated better today because of the work Tony has done for the last thirty years. After his retirement in Michigan, he and Kathryn moved back to Kathryn's hometown, Hohenwald, TN. While here, he was very active in the Hohenwald First United Methodist Church. He served as the church treasurer, HFUMC Mens Club Treasurer, safety officer, and a member of the finance committee. He and Kathryn are very active members of the community as well. Tony was the treasurer for the High Forrest Humane Society, he even fostered many animals as well. He worked tirelessly with the food bank and Second Harvest Food Bank. Also, he was an honorary member of the Pilot Club. He and Kathryn loved retirement together. They spent many hours outside fishing, camping, riding four-wheelers, motorcycles, and just enjoying the outdoors. Above all, Tony was a great husband, great dad, and a wonderful granddad. He was passionate about the things he believed in, and was a dedicated public servant to all. Most of all, his goal was to make this place better for his children and grandchildren. Along with his wife, Kathryn Ann Workman Kozlinski, he is survived by his son, Joseph "Koz" Anthony (Chrissie) Kozlinski, of Tacoma, Washington, a step-son, Charles "Chuck" V (Christina) LePard, of St Claire Shores, Michigan, and a step-daughter, Amanda "Mandi" Kathryn (Randall) Marshall, of Lakeland, Florida. He is also survived by his sisters, Cynthia "Cindy" (Jim) Nelson of Palm Springs, California, and Anita "Neets" Eccles of St. Claire Shores, Michigan. Grandchildren include Stella Rose Kozlinski, Sierra Rayne Green, Sabrina Elizabeth Mold, Sean Michael Christian Mold, and Christian Patrick O'Grady. One niece, Lindsay Dalton, one great nephew, Larry Reeves III, and one great niece, Skyler Reeves. Along with his parents, he is preceded in death by one brother, Karl Joseph Kozlinski. Visitation will be held on Friday, April 9, from 4:30-9:30PM at McDonald Funeral Home in Hohenwald. Funeral services will be held on Saturday, April 10, at 11:00AM, at the First United Methodist Church in Hohenwald. Burial will follow in the Swiss Cemetery.

The family of Anthony Edward Kozlinski Jr created this Life Tributes page to make it easy to share your memories.