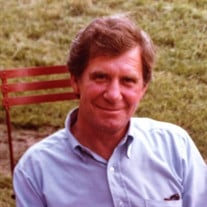 Billy John McCaleb died November 23, 2020, at the age of 85 years. Born in the Pinewood community of Hickman County, he lived in the county he loved all his life. Predeceased by his parents, Sammie Lee and Mattie Myatt; brothers, Wayne, Robert and Rannic, and his sister, Linda. Survived by his children, Kirk McCaleb, Karita Waters and Kalisa (Wade) Beard; his beloved sister, Polly (Billy Ray) Dyer; his sister-in-law, Nancy McCaleb; his grandchildren, Ryan (Hannah) and Dylan Waters, Kaleb Beard (Billie) and Samantha, Emma and Meggie McCaleb; and his great-granddaughter Ivy Jayne Waters. He is also survived by many nieces and nephews who thought the world of their Uncle Bill; and his former wife, Helen. Billy graduated from Hickman County High School and attended APSU until he joined the Army in 1953. He served in the Army until 1957, then served in the National Guard until 1974. He retired from the US Postal Service after 30 years, having served as a rural letter carrier and a postmaster in Hickman County. He also served an eight-year term as an elected Hickman County Commissioner. He was the hardest working man you would ever meet, rarely taking a day off and staying busy from sun-up to sundown. It would be hard to find a piece of land in the county that he had not at one time bought and sold, either to farm or cut timber or just make a profit. He had the unique ability to survey a tract of timber and know exactly how many board feet it would produce. He was happiest on a tractor or just walking through the woods. Billy was a handsome man with brilliant Irish-blue eyes and the loudest laugh in the room. He loved his family unconditionally, and would have done (and did do) anything for them. He enjoyed fishing, coconut cream pie, voting Republican, placing a bet, Winstons, a perfectly mowed lawn, and making sure his children were successful in all they chose to do. Though not a perfect man, he possessed the character traits that make our world a better place: kindness, honesty, compassion, integrity, generosity, and a genuine love of his country and his fellow man. Visitation will be from 10 AM to 1 PM on Wednesday, November 25, at McDonald Funeral Home in Centerville, Tennessee. Funeral will follow at 1 PM. Private graveside service.

Billy John McCaleb died November 23, 2020, at the age of 85 years. Born in the Pinewood community of Hickman County, he lived in the county he loved all his life. Predeceased by his parents, Sammie Lee and Mattie Myatt; brothers, Wayne, Robert... View Obituary & Service Information

The family of Billy John McCaleb created this Life Tributes page to make it easy to share your memories.