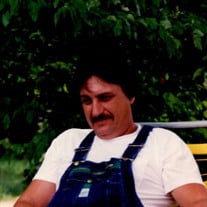 Bill Gene Warren passed away at his home in Nunnelly on Sunday, April 17, 2022, at the age of 67. Bill was born on December 14, 1954, in Hohenwald, Tennessee to Bill D. & Ruth Mae Warren. Bill grew up in Pontiac, Michigan, and visited Tennessee often where he was known to be adventurous during his teenage years. After which, he spent his years working for Turney Center for Youthful Offenders, Tencon, and Universal Fasteners. He settled down in Hickman County where he married his first wife, Elaine Russell, and mother of his first two children, Billy Warren, Jr. (August 1975) and Jason Warren (June 1977). In 1985, Bill met his second wife, Earline Warren, and the two were married on May 23, 1987. Together, they had a son, Lan (July 1989). Over the years, they made their home on the Duck River in Nunnelly where they spent their time farming, hunting, and fishing. When not enjoying one of his favorite past times, you could find him spending time with his grandson, Levi. Bill was preceded in death by his parents, Bill D. & Ruth Mae Warren; his brothers, Ronnie & Bobby Warren; and his wife, Earline Warren. He is survived by his son, Lan Warren, and his wife, Emily; his grandson, Levi Grayson Warren; his son, Billy Warren, Jr. and his son, Cody; his son, Jason Warren and his children, Hailey, Colton, Makenzie, Jaslyn, & Madelyn; his sister, Pat Hill; and a host of other friends and relatives. Visitation with the family will be on Friday, April 22, 2022, from 5:00 p.m. to 9:00 p.m. and from 9:00 a.m. to 11:00 a.m. on Saturday, April 23rd, at McDonald Funeral Home in Centerville, Tennessee. Funeral services will be held on Saturday, April 23, 2022, at 11:00 a.m. at McDonald Funeral Home with Eric England and Bill McDonald officiating. Burial will follow services at the Lowes Bend Cemetery in Nunnelly, Tennessee. All expressions of sympathy, including flowers, cards, and funeral expense contributions, are all welcome. If you would like to assist with expenses, monetary contributions can be made to the Warren family.

Bill Gene Warren passed away at his home in Nunnelly on Sunday, April 17, 2022, at the age of 67. Bill was born on December 14, 1954, in Hohenwald, Tennessee to Bill D. & Ruth Mae Warren. Bill grew up in Pontiac, Michigan, and visited Tennessee... View Obituary & Service Information

The family of Billy Gene Warren created this Life Tributes page to make it easy to share your memories.

Bill Gene Warren passed away at his home in Nunnelly on Sunday,...