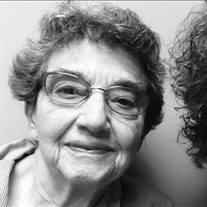 Betsy Byrne Keaton Dunn passed away peacefully at the family home Monday, March 21. A lifetime community leader, Mrs. Dunn was 89. As the oldest daughter of John Leroy & Ruth (Spellings) Keaton of Milan, Byrne spent her younger years cooking, sewing, and caring for her younger sisters and brother while helping at home. After her 1950 graduation from Milan High School, she worked in insurance sales. It was during this time she met the lover of her life, Hulon O. Dunn. A marriage on January 5, 1952, bound the two for life. A few short years later, the World War II Navy Veteran and his bride learned the Lewis County Herald in Hohenwald was for sale. Ever community-minded, they took ownership of the newspaper and print shop from Ernest Pollock in March 1956. Hulon and Byrne were lifelong members of the Cumberland Presbyterian Church, serving as elders, Sunday School teachers, and she, as treasurer of the CPW (Cumberland Presbyterian Women) and a member of the choir. In addition to service to her faith, Mrs. Dunn supported many community groups through her business and with her personal time. She held active membership in the Order of the Eastern Star, Chapter 393 for 50 years. A charter member of the Pilot Club of Hohenwald and member for more than 25 years, Mrs. Dunn devotedly raised money for brain-related issues. She was a past member of the Volkssport organization and a member of the Alpenrosli German Chorus of Hohenwald. She volunteered her time delivering Meals on Wheels to seniors in Hohenwald for many years. Mrs. Dunn served on a variety of local and regional boards including the South Central Tennessee Workforce Alliance, the Lewis County Chamber of Commerce, the Lewis Health Center Community Advisory Committee, and the Lewis County Health Council. In 1992, she was honored with the Heritage Award by the Lewis County Chamber of Commerce. In 2000, the Lewis Herald was presented the Business of the Year Award, and the same year, she was inducted into the Business Hall of Fame by the Lewis County Chamber of Commerce. In 2009, the Chamber of Commerce recognized Mrs. Dunn with one of their highest honors, the Legend Award, making her the first female to ever receive the honor. Byrne K. Dunn is survived by her daughter, Becky Jane Newbold; three sons, Hulon O. (Valaurie) Dunn Jr., Walton L. Dunn of Hohenwald, and Robert A. (Jessica) Dunn of Pegram; two sisters, Nancy Tucker and Elizabeth Ownby of Milan; a brother, John L. (Elaine) Keaton of Albuquerque, New Mexico, and brother-in-law, William Sherrell (Phoebe) Dunn of Augusta, Georgia. She is survived by 12 grandchildren, 11 great-grandchildren, and numerous nieces and nephews. She was preceded in death by her parents, her husband, and son-in-law Charles Elliott "Shane" Newbold III. Funeral Services for Mrs. Dunn was held on Thursday, March 24, 2022, in the chapel of the McDonald Funeral Home, with burial immediately following in the Swiss Cemetery.

The family of Byrne Keaton Dunn created this Life Tributes page to make it easy to share your memories.

Betsy Byrne Keaton Dunn passed away peacefully at the family...