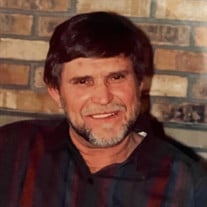 Mr. Charles Thomas “Tommy” Cagle, of Hohenwald, TN, passed from this life on to his eternal home on Saturday, June 19, 2021, at the age of 77. Tommy was born on May 24, 1944, to Charles J. Cagle, Jr. & Mattie Pearl (Barber) Cagle, in Hickman County, TN. In 1974, he married the love of his life and his best friend, Peggy Grimes. Together, they raised four children and an amazing family. He was an independent truck driver for many years and received the road star award at a particular point in his career. He was a dedicated employee and worked hard and provided for his family. Tommy was one of the most giving people you would ever meet. He supported as many different organizations as he could, and he never failed to help someone in need. He was a devoted family man; his best days were spent with his children, grandchildren, and great grandchildren. He was no doubt the rock of his family. Even in his last years when his health didn’t allow him to be as active as he once was, he continued to look forward to getting together with his family. Above all, Tommy was a Christian. He was a devoted member of the Slippery Church of Christ, and attended services as often as he could. Today, Tommy is at peace and walking again. Along with his wife, Peggy Cagle of Hohenwald, he is survived by his son, Kerry (Valerie) Cagle of Hohenwald, daughters, Kimberly (Johnny) Clayton of Hohenwald, Shelia (Clark) Carroll of Hohenwald, and Tina (Jimmy) Hinson of Hohenwald. Brother, Danny (Alice) Cagle and Sister, Joyce (James) Swaw. Sister-In-Laws, Patsy James & Mary McNabb. He is also survived by his grandchildren, Jerome Hinson, Tommy (Roxanne) Cagle, Curtis Cagle, Alex Clayton, Madison (Sarah) Carroll, Beau (Brooke) Clayton, Justin Cagle, Drew Bennett, and Charley Cagle. Also, his great grandchildren, Jaxon Cagle, Aiden Cagle, Cainen Cagle, Daniel Graves, Layla Graves, Blaine Bennett, and Blaze Bennett. Along with his parents, he is preceded in death by his first wife, Janice Harrington Cagle, and his brother, Ronnie Cagle. Visitation with the family will be conducted on Tuesday, June 22, from 5:00-8:00PM at the McDonald Funeral Home in Hohenwald. Funeral services will be conducted on Wednesday, June 23, at 2:00 PM in the McDonald Funeral Home chapel with Johnny Clayton and Josh White officiating. Burial will follow in the Lewis County Memorial Gardens. If you wish to make a donation in memory of Tommy, the family asks that you do so to St. Jude Childrens Research Hospital or the Ronald McDonald House.

The family of Charles Thomas "Tommy" Cagle created this Life Tributes page to make it easy to share your memories.