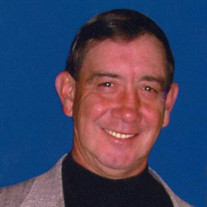 Posting on behalf of the family and Neal Funeral Home: Charles Edward Garland was born October 19, 1945. He passed away at his home May 5, 2021. He was retired from Murray Ohio. He attended Central Christian Fellowship in Hohenwald. He was an active hunter, with a particular love of coon hunting. A love that he freely shared with anyone who wanted to go with him. Charles' kind, patient but humble spirit was evident to anyone he ever met. His love and support for his three daughters, who he referred to as Charlie's Angels, was unconditionally apparent. Later in life, when he was blessed with grandchildren and great-grandchildren, he shared those same traits with them. He was always loving, guiding, correcting and sharing with them. Always guided by his faith, Charles' legacy as a husband, father, grandfather, uncle, brother, son, friend, and hunting buddy was one of loyalty, faith and most importantly love. He was preceded in death by his parents, George Lasson and Lillie Beatrice Self Garland; two brothers, J. W. Garland and James Garland; nephew, Joel Garland; and niece, Angela Garland. He is survived by his wife of 50 years, Shirley Kathryn Garland; daughters, Karen (Terry) Cotham of Hohenwald, Mitzi (David) Chapman of Summertown, and Jill McDonald of Summertown; nine grandchildren, Ashley Arnold, Chaz McKinney, Trent Chapman, Ty Chapman, Ramsey McDonald, Lily Kate McDonald, Jasmine (Louie) Chapin, Dane Cotham, and Grey Cotham; seven great-grandchildren, Brier Arnold, Lakelyn Arnold, Weatherby McKinney, Amelia Chapman, Eli Chapin, Will Chapin, and Ace Chapin; one sister, Lucille Gray of Summertown, TN; and two brothers, Howard Garland of Columbia, TN and Ray Garland of Lawrenceburg, TN. Those serving as pallbearers will be Ty Chapman, Trent Chapman, Ramsey McDonald, Jamie Arnold, Keston Bean, and Gary Brock. Those serving as honorary pallbearers will be the North End Coon Hunters Club. Arrangements are being handled by Neal Funeral Home, 231 N. Military Avenue, Lawrenceburg, Tennessee. The family will receive friends from 5:00 PM to 8:00 PM Saturday, May 08, 2021, at Neal Funeral Home. Funeral services will be conducted at Neal Funeral Home at 1:00 PM Sunday, May 09, 2021, with Bill Webb and Chris Bean officiating. Interment will follow at Napier Cemetery in Lewis County, TN.

Posting on behalf of the family and Neal Funeral Home: Charles Edward Garland was born October 19, 1945. He passed away at his home May 5, 2021. He was retired from Murray Ohio. He attended Central Christian Fellowship in Hohenwald. He was... View Obituary & Service Information

The family of Charles Edward Garland created this Life Tributes page to make it easy to share your memories.

Posting on behalf of the family and Neal Funeral Home: