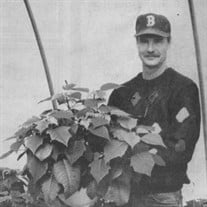 Don Lee Smithson was born on July 8, 1946, in Columbia, Tennessee, and passed away on January 18, 2021, at his home in Centerville. He was 74 years old. He is the son of the late Bill and Margaret Scott Smithson. He is survived by his wife of 50 years Sherry Breece Smithson. Daughter Kristy (Brian) Smithson Campbell of Brentwood, Tennessee. Sons Ryan (Brandi) Smithson of St. Johns, Florida, and Kyle (Brittany) Smithson of Spring Hill, Tennessee. Grandchildren Alex Campbell, Allison Campbell, and Andrew Smithson. Brother Mike (Jenny) Smithson of Centerville. Niece Kelly Smithson Damico (Doug) and their daughter Novie of Collierville, Tennessee. Sister in law Linda Breece Bates (Jerry) of Centerville. Nephew Russell Bates of Nashville, and niece Michelle Bates of Nolensville. Along with many other relatives, friends, and loved ones. Mr. Smithson was a veteran of the United States Navy. After serving, he became an air traffic controller and worked from 1970 to 1981 before moving back to Hickman County. He owned and operated Smithson's Florist for over 35 years before retiring. He was a charter member of the Fairfield Baptist Church. There he was welcoming to so many and reached out to everyone that came. He did not want anyone to feel like they did not have a place. Don always had a green thumb and an interest in flowers and plants, even from his youth when he would hunt wildflowers. His greenhouse and landscaping work started as a hobby and grew into a career and a passion. He turned what was a carwash into the nursery that was called Smithson's Florist. He put his heart and soul into serving his customers and helped countless people over the years. He truly loved seeing people and taking care of them. He also loved fishing and spent a lot of time at the beach doing just that. When he moved back home he went as often as his time would allow. He also loved the Tennessee Volunteers and was a life long fan. Don also loved his family, and family always came first. He was blessed to have many of them by his side during his last days. His granddaughter Allison, who is a nursing student at Samford University, was able to use her education to help take care of him while he was under hospice care. He will be truly missed by each of those that loved and knew him. In lieu of flowers, donations can be made to the Campground Cemetery Fund at 2540 Swan Creek Rd. Centerville, Tennessee 37033 C/O Mike Smithson or to the Fairfield Baptist Church Building Fund. Private graveside services will be held with Mark Walton Officiating.

Don Lee Smithson was born on July 8, 1946, in Columbia, Tennessee, and passed away on January 18, 2021, at his home in Centerville. He was 74 years old. He is the son of the late Bill and Margaret Scott Smithson. He is survived by his wife... View Obituary & Service Information

The family of Don Lee Smithson created this Life Tributes page to make it easy to share your memories.