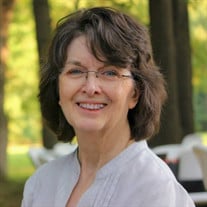 Frances Atchison Fisher was born on Friday, June 23, 1950, to Jessie Franklin Atchison and Minor Belle Reedy of Murfreesboro, Tennessee. Frances began dating Homer Fisher in December of 1966 then married him six months later, on June 17th, 1967; they were married for 52 years. They made their home in Bon Aqua and added their daughter Andrea Leigh Fisher on October 14, 1968, and their son David Clarence Christian Fisher on August 22, 1971. Over the years, Frances worked as a seamstress, homemaker, and dental technician before retiring in 2019. She was an avid reader and enjoyed trying new recipes, but her favorite activity was enjoying time with her grandchildren. Frances and Homer began attending Clearview Church of Christ in 1970 where she taught bible classes for children and adults alike. She attended Clearview with her church family for fifty years. Homer and Frances added Jeffery Lynn Nash to the family when he married Andrea on May 11th, 1991. Their grandson, Ethan Tacker Nash was born on September 12, 1995 with granddaughter Maggie Elizabeth Nash being born November 5th, 1999. Frances was preceded in death by her husband Homer, her parents, and her brother Terry. She is survived by her daughter Andrea Nash (Jeff) of Jackson; her son, Christian Fisher of Bon Aqua; her grandchildren Ethan and Maggie Nash of Jackson, Tennessee; her sisters, Brenda Potts, Mary England and Janice Tidwell of Lyles, and Frieda Burch of Charlotte, Tennessee. Frances is descended from ancestors from Sweden, Finland, England, and Native America.

The family of Frances Fisher created this Life Tributes page to make it easy to share your memories.