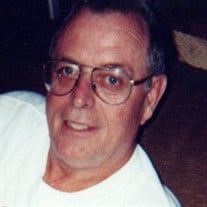 Gary Hager Shepherd was born in Portsmouth, Ohio on December 9, 1946 to the late Christine Carpenter Shepherd and Hager Jerome Shepherd. He was raised in the city of Mansfield, Ohio. After graduating high school in 1965, he willfully enlisted in the Marine Corps in 1966 and served two tours in Vietnam. In 1972 Gary moved to Tennessee to be a farmer and eventually, he even owned his own car lot. Over the years he developed many hobbies such as making wine, taxidermy, and traveling. He was also an avid hunter. But most of all he loved his wife, children, stepchildren, grandchildren, and great-grandchildren. He was most certainly loved by all of them. Gary passed from this life on June 1, 2022 at his home at the age of 75. In addition to his parents, Gary is preceded in death by his stepson, Daryl Brady; twin brother, Larry Shepherd; and niece, Sybil Shepherd. He is survived by his wife, Grace Shepherd; daughter, Kimberly Karnes; sons, Rodney Shepherd (Nikki); stepsons, Greg Brady, and Jason Ragsdale (Chris); brother, Bill Shepherd (Dorothy); granddaughters, Ashley Karnes, Amber Karnes, Josie Flemming (Cale), and Grace Brady; grandsons, Austin Karnes (Taylor), Matt Brady, Dalyn Brady (Stephanie), Dylan Ragsdale, and Colton Ragsdale; great-grandchildren, Sutton Karnes, Kendall Abel, Carter Flemming, Hayden Flemming, Kylan Seale, Ataleigh Webb, Halyn Brady, Ben Ragsdale, Emma Henley, Charlotte Blackwell, Callie Long, and Penelope Brady; nephews, Shawn Shepherd (Kristen), Jonathan Shepherd (ShiAnne), and James Shepherd; and great-nephews/nieces, Jordan, Jarrett, Aidan, Tyler, Lincoln, and Clayton; as well as a host of friends. A memorial service will be held for Gary Hager Shepherd on Wednesday, June 8, 2022 at 1:00 PM in the McDonald Funeral Home chapel. Full military honors will be performed at the service. A visitation with the Shepherd family will be held an hour prior to the service, starting at noon.

Gary Hager Shepherd was born in Portsmouth, Ohio on December 9, 1946 to the late Christine Carpenter Shepherd and Hager Jerome Shepherd. He was raised in the city of Mansfield, Ohio. After graduating high school in 1965, he willfully enlisted... View Obituary & Service Information

The family of Gary Hager Shepherd created this Life Tributes page to make it easy to share your memories.

Gary Hager Shepherd was born in Portsmouth, Ohio on December...