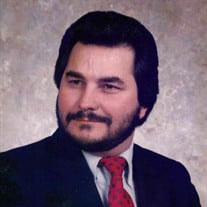 James Corey Bumgarner, known by "Bummy" to many, passed away on Monday, March 2 at the age of 64. He was born in Hickory, NC on December 8, 1955 to the late Norman Bumgarner & Mary (Alexandra) Bumgarner. He was one of 7 children, having 5 sisters and 1 brother. He worked for and retired DANA Corporation (which later became Eaton), putting in 30 years. After retiring from Eaton he went to work for Oliver Technology and then on to working for Buffalo Valley, driving the transportation van. He was a hard worker at whatever job he held and done it to the best of his ability. When not working he loved to mow grass and to hunt and fish. Many hunting and fishing tales can be told from his buddies at DANA/Eaton. He also loved to go "junking", often finding random useful treasures "to him" hidden among all the junk, often times solving a problem. Many things can be said of "Bummy" but one thing that always comes to mind is he was just a happy go lucky guy, always smiling and never complaining. He will truly be missed by all those that knew him. He was a member of the New Hope Baptist Church. He is survived by his wife Gail Bumgarner, step daughter Kimberly Carroll Flanagan, Sister Scarlett Bumgarner, Sister Sandra Parlier, Sister Sheila Pharis, Brother Colin Bumgarner, Sister Shannon Miller and Sister Robin Alexander, 4 Grandchildren Shayla (Andy) Torrey, Erica Calvin, Lexi Street & Jacob Morrow, 8 Great Grandchildren Brittany Torrey, Andrew Torrey, Cadan Torrey, Ariana Wood, Bryce Brown, Zalin Torrey, Keizer Street & Andalynn Torrey along with many nieces and nephews. He is preceded in death by his parents Norman & Mary Bumgarner, step-son Kenny Carroll Jr. and great granddaughter Saizelyn Grace Street. Visitation with the family will be held on Thursday, March 5 from 5:00 PM - 9:00 PM at the McDonald Funeral Home. Funeral Services will be held on Friday, March 6 at 2:00 PM at the New Hope Baptist Church with Jerry McDonald officiating. Burial will follow in the Lewis County Memorial Gardens.

James Corey Bumgarner, known by "Bummy" to many, passed away on Monday, March 2 at the age of 64. He was born in Hickory, NC on December 8, 1955 to the late Norman Bumgarner & Mary (Alexandra) Bumgarner. He was one of 7 children, having 5 sisters... View Obituary & Service Information

The family of James Corey Bumgarner created this Life Tributes page to make it easy to share your memories.

James Corey Bumgarner, known by &quot;Bummy&quot; to many, passed away...