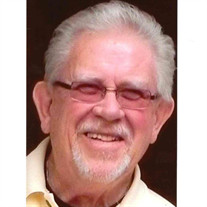 In the late evening of Tuesday, April 20, 2021, Kenny P. Graves, age 83, gained his wings peacefully at his home surrounded by family and Cindy, his wife of 61 years. Kenny was born in Perry Co. on September 11, 1937, to the late Fred Kenny & Janie Ruth (Epley) Graves. He has one son-Kenny Brian Graves of Smyrna, two grandsons- Aaron Chase (Santana) Larue and Kenny Landon Graves of Smyrna, two great grandchildren-Kenny Ross Graves of Smyrna and Kylie Briann Larue of Spring Hill. He has one sister, Helen Graves Brewer of Columbus, MS. After graduating from high school, Mr. Graves received his B.S. in Music and Masters in Education in Administration and Supervision at Austin Peay University. He also studied for his doctorate of management and organizational management at the University of Phoenix. Mr. Graves served as band director for 16 years including Lewis Co. High School, Hickman Co. High School, and Clarksville High School in Montgomery Co. He furthered his career as Lewis Co. Middle School Principal, and then director of schools for Lewis Co. Schools. Mr. Graves, after retiring from education in the Lewis Co. School System, pursued other fields in the realm of education. He was the former executive director of the Leadership Program Center at Eckard Youth Alternatives in Largo, Florida. Mr. G was the former executive director of the Community Services Agency in Columbia. Lastly, he was the former Accreditation Coordinator/Quality Assurance Director at Highland Youth Center in Hohenwald. After complete retirement and after building a new house, he began landscaping the property turning it into a show place throughout the years. His wife, Cindy, lovingly crowned him the nickname of the "Happy Gardner." He frequently gave a tour to friends and family. Mr. G and his wife did quite a bit of traveling on their houseboat and their fifth wheel, the latter of which was used to visit many places in the U.S. Visitation with the family will be held at McDonald Funeral Home, Inc. on Thursday, April 22, from 5:00-8:00PM. Funeral services will follow on Friday, April 23, at 2:00 PM, at the Hohenwald First United Methodist Church. Burial will follow in Graves Cemetery at Sinking Creek in Perry Co.

In the late evening of Tuesday, April 20, 2021, Kenny P. Graves, age 83, gained his wings peacefully at his home surrounded by family and Cindy, his wife of 61 years. Kenny was born in Perry Co. on September 11, 1937, to the late Fred Kenny... View Obituary & Service Information

The family of Kenny Paul Graves created this Life Tributes page to make it easy to share your memories.