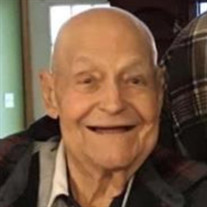 Mr. Ray O'Neal, 85, of Summertown passed away on Saturday, December 25, 2021, at the Southern TN Regional Health System in Lawrenceburg. Ray was born on April 5, 1936, to John William O'Neal and Ida Mary (Spears) O'neal in Hickman County, TN. He was a county worker for the Lawrence County Hwy Department for many years before his retirement. He is survived by his wife, Annie Fay O'Neal of Summertown, son, William Michael "Bill" O'Neal of Holladay, TN, Daughters, Ann Warren of Summertown, and Penny (Jereomy) Boshers of Summertown. He is also survived by his grandchildren, Courtney (Haggard) Cox, Matthew Isbell, Kayla O'Neal, Ian Warren, Justin Boshers, and Ricky Boshers, 7 great-grandchildren, and one sister, NIna Buie. A visitation with the family will be held on Wednesday, January 5, 2021 from 4:30 PM to 9:00 PM at the McDonald Funeral Home in Hohenwald. The family asks that if you wish to make a donation in memory of Mr. O'neal that you would do so to offset final expenses.

The family of Raymond Max O'Neal created this Life Tributes page to make it easy to share your memories.