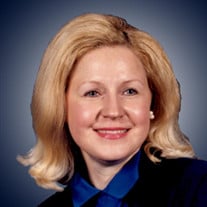 Tootie (Helen) H. Haskins passed away November 14, 2021, peacefully at home in Nashville, TN. Throughout her lifetime, Tootie richly blessed the lives of countless fortunate friends by giving so generously her loving support in so many ways. Tootie served the State of Tennessee as one of the first professional staff members hired by the State Senate in 1971, working with Senators Halbert Harvill, Bill Baird, and Reagor Motlow. Beginning in 1980 until her retirement in 2004, she worked as the Executive Leadership Assistant to Republican Leader Senator Ben Atchley of Knox County, TN. Following retirement, Tootie continued to serve the state as a welcoming and knowledgeable presence at the information desk at the Tennessee General Assembly, as a docent at the Executive Residence under Governor Bill Haslam and First Lady Crissy Haslam, and as an appointed member of the State Capitol Commission. Tootie gave tirelessly to officeholders, campaigns, and potential candidates, and has been a close friend, advisor, and confidante to elected officials, staff, and the numerous people who had interests in Tennessee government and politics. Tootie has received a multitude of recognitions for her exemplary service to the State of Tennessee and the Tennessee Republican Party but perhaps her greatest legacy is her open and welcoming nature to everyone she met and her unwavering loyalty, support, and love for the many, many people in her life. Born November 13, 1946, Tootie was raised in Centerville, TN, Nashville, TN, and Mobile, AL. Tootie was a graduate of Harpeth Hall and Sophie Newcomb College, the women’s college of Tulane University in New Orleans, Louisiana, where she was President of Phi Mu, as well as serving as a national officer for the sorority. Tootie lived for many years at The Continental on West End Avenue, serving on the Board of Directors and as President of the Board. A graveside service will be held at 1:00 p.m. Saturday, November 20th at Centerville Cemetery. McDonald Funeral Home is overseeing the arrangements. In lieu of flowers, memorials are requested to the Salvation Army Nashville, Alive Hospice, and Ascension St. Thomas Foundation.

Tootie (Helen) H. Haskins passed away November 14, 2021, peacefully at home in Nashville, TN. Throughout her lifetime, Tootie richly blessed the lives of countless fortunate friends by giving so generously her loving support in so many ways. Tootie... View Obituary & Service Information

The family of Tootie (Helen) H. Haskins created this Life Tributes page to make it easy to share your memories.