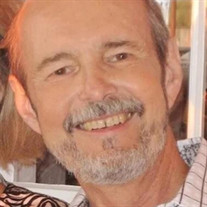 William (Bill) Henry Nunnelly II, age 73, passed away peacefully on February 11, 2022. He was the son of Betty Jane Cox Nunnelly and Walter Sandles Nunnelly II, both deceased of the Vernon/Nunnelly Community in Tennessee. Bill is survived by his wife Rosann Bond Nunnelly of Nashville, Tn and Naples, Fl and brother Walter S. Nunnelly III, Jr. (Wad) and wife Sarah Chaffin Nunnelly of Little Rock, Arkansas. Bill grew up on his ancestral family’s farm (1844) in the Vernon/Nunnelly Community on the Piney River in Tennessee. The town of Nunnelly was named for his Great, Great Grandfather, Lawson Nunnelly, in 1879. Bill loved the Vernon/Nunnelly Community where he grew up as well as the Nunnelly United Methodist Church, and wherever he went in the world or whatever he did or whomever he met, he carried them in his heart. Bill was a life-long member of Nunnelly United Methodist Church. Bill graduated from HCHS in 1966 and graduated from the University of Tennessee at Martin in 1970 where he earned a Bachelor’s Degree in Education. He was commissioned into the United States Army and was a graduate of the United States Army Ranger School. After his three year obligation, Bill attended Boston University where he received his Master’s Degree in Counseling and Human Services. In 1975, Bill founded Music City Marketing, Inc., a tobacco, cigar and accessory wholesaler. Then in 1985, he founded Uptown’s Smoke Shop, named by Forbes Magazine as one of the top ten smoke shops in the world. Both businesses have since been sold. In the early 1980’s, Bill and his partners founded the Santa Fe Natural Tobacco Company in Santa Fe, New Mexico where they manufactured organic cigarettes called American Spirit. Bill bought an existing wine and spirits store in 1989 on West End Avenue in Nashville and the store was sold in 2019. Bill’s hobbies included sailing, traveling, reading, wine collecting and enjoying fine food and wine. Bill was also a true champion of the underserved by the many charities that he and Rosann supported, including Nunnelly United Methodist Church and Nunnelly Community Center. In 2019, Bill and Rosann established a scholarship fund at the University of Tennessee at Martin, bequeathing $22 million to the university, at that time, the largest grant ever given. As many as one hundred students a year from Hickman and surrounding counties will receive four-year scholarships to Bill’s alma mater. The university designated the Nunnelly Family Welcome Center in their honor, which is where all campus tours begin. Bill is also survived by his brother-in-law Tom Bond and his wife Peggy of Nashville; niece Emily Leaman and husband Cary of Nashville; cousin Leonora Green Clifford (Tony) and John M. Green II of Franklin, Tn; cousin Douglas T. Bates III (Molly) of Centerville, Tn. and cousin Walter Nunnelly Wallace II (Pam) of Franklin, Tn. Bill’s Memorial service will be held Saturday, May 7th at 11 am at Nunnelly United Methodist Church, 1323 Highway 230 West. The service will be posted on Facebook Live on the Nunnelly United Methodist Church Facebook page beginning at 11 am. Interment of ashes will follow at the Nunnelly Family Cemetery in Vernon. Memorial gifts given in Bill’s name may be made to the Nunnelly United Methodist Church and mailed to Carolyn Moss, Treasurer, Nunnelly United Methodist Church 5741 Fox Haven Drive, Nunnelly TN 37137.

William (Bill) Henry Nunnelly II, age 73, passed away peacefully on February 11, 2022. He was the son of Betty Jane Cox Nunnelly and Walter Sandles Nunnelly II, both deceased of the Vernon/Nunnelly Community in Tennessee. Bill is survived... View Obituary & Service Information

The family of William Henry Nunnelly II created this Life Tributes page to make it easy to share your memories.