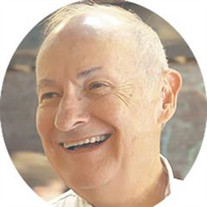 Local attorney William Landis Turner, age 79, passed away Tuesday, March 17, 2020 at Maury Regional Medical Center in Columbia following a brief illness. From 1967 until Landis’s retirement in 2007, he practiced law in the Hohenwald firm founded by William C. Keaton. All his career, he served the Tennessee Bar Association, holding many positions including speaker of the house of delegates and rising to the presidency of the association. Under his leadership, the TBA instigated creating the statewide office of public defenders, the client security fund and negotiated an agreement between the medical and legal professions covering the contents of medical reports for use in legal proceedings and testimony of medical professionals in court appearances and depositions. Turner also served on the boards of directors of the Tennessee Trial Lawyers Associations, the Tennessee Justice Center and was honored to be invited to become a member of the American Board of Trial Advocates and a fellow of both the American and Tennessee Bar Foundations. He was a member of many professional organizations, including the Tennessee County Attorneys Association, the Tennessee Municipal Attorneys Association, Association of Criminal Defense Attorneys, and Tennessee Defense Attorneys Association and the American Bar Association. He was admitted to the bar of the United States Supreme Court. On two occasions, he was nominated for appointment to a circuit judgeship. He was on the board of directors of the Clement Museum in Dickson. Mr. Turner was a creator of the first railroad authority by which cities and counties were able to save railroad branches abandoned by large railroads. He served as attorney for South Central Tennessee Railroad Authority for thirty years, followed by years as chairman of both his local railroad authority and the Tennessee Short Line Railroad Alliance, which represents 18 railroads. He was a communicant of St. Peter’s Episcopal Church in Columbia where he was a lay reader, chalice bearer and taught an adult Sunday school class. He led fund raising for many charities, including the Girl and Boy Scout programs and the cancer society. Active in politics, he managed over 20 campaigns in Lewis County, mainly for Democratic candidates for national and state offices. He was elected a member of the Lewis County Commission. For many years, he served on the board of directors and became president of the Tennessee County Commissioners Association. He was a contributing writer to Validity Magazine and the Lewis County Herald. For forty years, he was City Attorney for Hohenwald, County Attorney for Lewis County, City Attorney for Lobelville in Perry County for over twenty years, and Attorney for the Lewis County School System. He was a Shriner and a Past Master of his Masonic Lodge. he received the Long Rifle Award from Boy Scouts of America. Born April 21, 1940, he was the son of the late Roy McKeel Turner and Elizabeth Landis Turner. Raised in Waverly where he attended elementary school, he graduated from West End High School in Nashville, the University of the South at Sewanee, and the School of Law at Vanderbilt University. He belonged to the Delta Tau Delta Fraternity at Sewanee and Phi Delta Theta Legal Fraternity at Vanderbilt. Mr. Turner is survived by his wife of 54 years, Janet Cameron Turner, formerly of Atlanta; daughter, Leslie Cameron Schuster; son, Donald Landis Turner; and grandchildren, Lucy and Daniel Schuster and Cyril Turner. Mr. Turner was an organ donor and his remains will be cremated. Memorial Services will be held on Saturday, June 27, 2020, at 1:00 PM in the McDonald Funeral Home Chapel. Visitation with the family will begin at 12:30 PM and continue until service time. A private burial of his cremains will take place in the Lewis County Memorial Gardens. In lieu of flowers, the family requests gifts may be made to the University of the South at Sewanee or St. Peter’s Church in Columbia.

The family of William Landis Turner created this Life Tributes page to make it easy to share your memories.